The Realm of Art Gallery 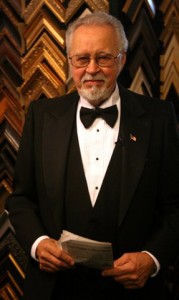 STATEMENT
He has directed his talent toward a celebration of the American ideal of quality through his series of custom sculptures and paintings. "As an artist I've always been drawn to things larger than life. Things that take on a meaning beyond themselves and fill us with memory and emotion, embodying the spirit of a dynamic time or celebrating a special event or achievement. The theme running through all my work is greatness; something far beyond the ordinary. Things which symbolize a standard of excellence in design and achievement".

The compelling purpose of "The Masters" has been to energize our lives to greater possibilities and pointed the way for us. The artists, writers, musicians, scientists, the entrepreneurs of yesteryear. For me, these images have created a stimulating environment. They are the force that activate new beginnings. Their images remind us that a purpose allows us to be at our creative best, and that a life of responsibility and commitment will lead to achievement and greater expectations, and to maximize our potential.

For many years I have been directing my sculpture ability toward the exploration for the best of human achievement, which has grown into a series of portraits busts (The Masters Collection) that give off an aura of inspiration for me. I believe these images are symbols that manifest energy that can stimulate any environment. When I read their great quotations and the principles they lived by, I empathize with appreciation for Edison when I turn on an electric light, see a movie, listen to recorded sound. Einstein for his theories, Franklin for his entrepreneurial spirit, Beethoven for his compositions, Shakespeare for his contribution to literature, Montessori for education, Da Vinci for his diversity.

The display of these sculptures in your home, library, corporate offices, or given as achievement awards, I know "The Masters" will enhance any decor with a positive message.

I thank all who share part of my collection for their wise choice. I hope it stimulates your environment as it has mine. 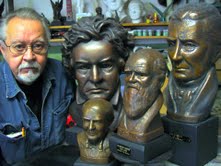 See the men of music page

Robert R. Toth is the founder of RT-DESIGNS USA. His sculptures and paintings are of a diverse variety that occupy his studio. These and other creative designs present a variety of themes, some of which are featured in this presentation, which in essence is a part of his gallery.

Toth who grew up in New Jersey, graduated from the Newark School of Fine and Industrial Art, where he majored in Fine Art. His post graduate studies were at the Art Students League, New York City, and the Cape School of Art with Henry Hensche, Provincetown, Mass. He has worked in industry creating architectural renderings and designing trophies. For several years he was on the design staff with Congoleum Industries. In 1975 he established the "Island heights Studio of Art" and RT-DESIGNS USA.. He presently resides and is working from his new studio facility in North Carolina now the home of RT-DESIGNS USA.

His work is displayed in private and public collections in this country and throughout the world. The following list is representative of some of these: 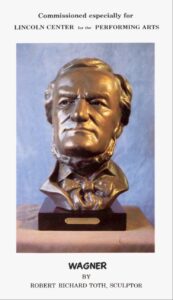 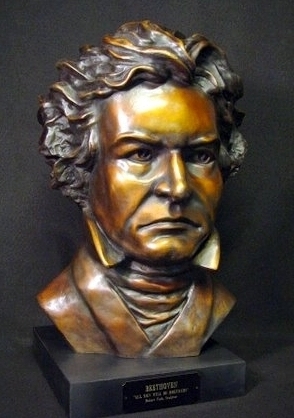 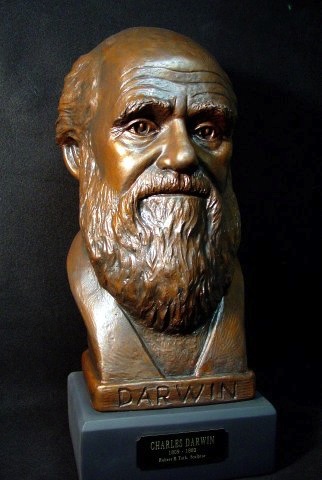 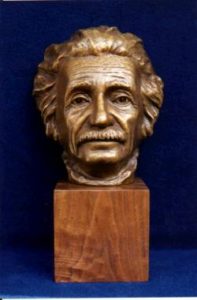 Albert Einstein - Commissioned by the Einstein College of Medicine, NYC and also by Dr. Bause for Berman Museum of Art, PA. 8" small Einstein 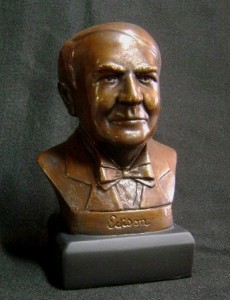 9" Thomas Edison Patent Award Bust Or you may order a Life-size bust The news article found on this page may interest you. 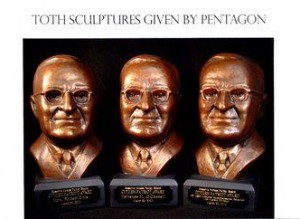 Citizens Patriot Award given at the Pentagon

Awarded to Senators Robert Dole and John McCain and others 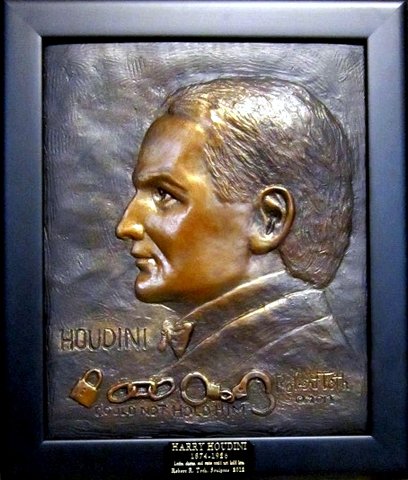 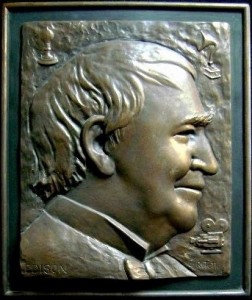 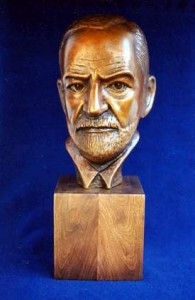 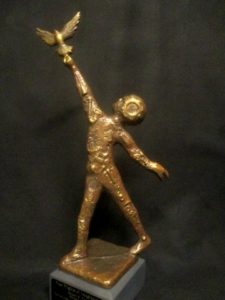 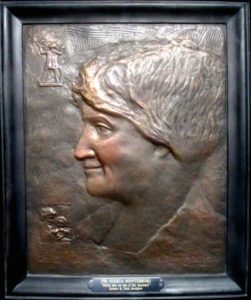 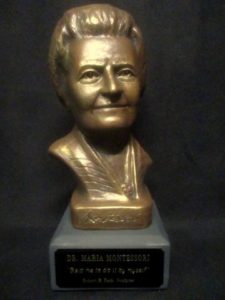 Take a walk with Robert Toth through Carolina Bronze Foundry as he explains the creative process behind his work. 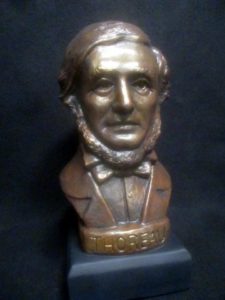 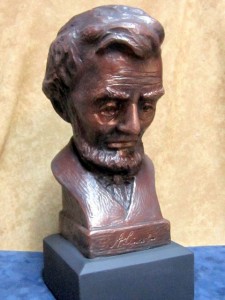 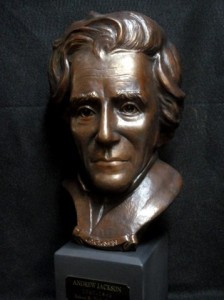 Albert Einstein College of Medicine
Office of The Secretary of The Navy, Pentagon, Washington DC
The Nations Capital, Washington, DC

Toth has also completed nearly 100 instructional television programs demonstrating art, including two series, "Art and Creativity" and "The Realm of Art", both of which were featured on "Adelphia Cable" and "CTN" networks. He has been the subject in "American Artist Magazine"and a variety of other publications

In every custom series the medium is selected to best receive the hand finished patinas that enhance the fine art quality of these sculptures. Robert has directed his talents toward an opulent era, revived in America today, by combining the best of form and function with artistic expression. For a fragment of time we are in the nostalgic past sharing the artist's creative vision that mentally transports us by provoking our special talents of fine art observation and sensitivity.

The nature of some of these specialty items is that they take time. They are not mass produced. They are hand crafted and painted. Please be prepared to wait 6 to 8 weeks for some of our designs, and 12 or more weeks for foundry cast bronze. Many of our designs are available within a week to ten days. Please call to verify.   RT-DESIGNS USA combines the best of form and function with artistic expression and a touch of nostalgia. 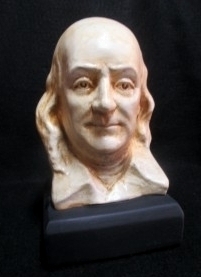 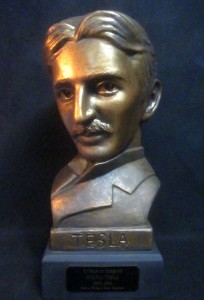 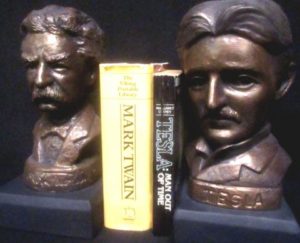 Nikola Tesla and Mark Twain were friends and mutual admirers. Tesla – recognized as a scientist, inventor and discoverer, Twain – famous writer, travel writer and a satirist – both of them were real dreamers. Two world famous and renowned figures lived and worked during the period that includes the 19 th and 20 th century. Although their creative orientation was different, it wasn't impossible for them to be great friends, to socialize appreciate and deeply respect the work and contribution of the other. In Tesla's legacy, among many surviving archival documents, personal and technical subjects, monographs and serials, several letters of correspondence that these two giants exchanged, were found. The aim of this study was to examine the character of their friendship, to present some details of their friendship, which denominators were discovered between the two of them and to offer new saved documents, less-known details from the life stories of two deserving people